Some Simple Tips to Tackle Dry Skin this Winter 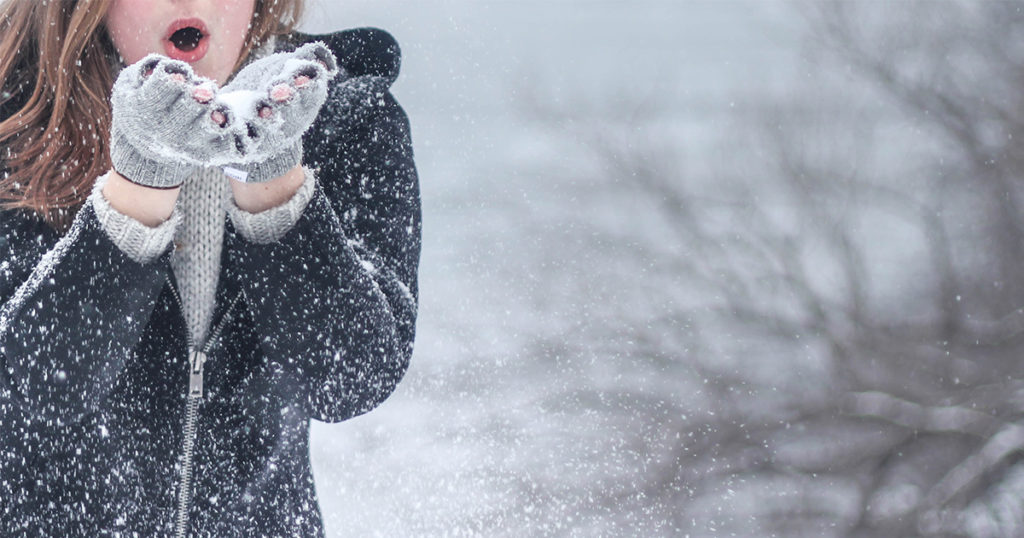 In wintertime, central heating and lower humidity (very dry air) can aggravate skin dryness. So as the temperature gauge plummets, we look at simple ways to combat this seasonal phenomenon. The epidermis at a glance The uppermost layer of the skin is called the epidermis; this forms the main protective barrier and is where drying […]

The Invisible Symptom Affecting up to 97% with Psoriasis

Common symptoms Some of the most common and recognisable symptoms of psoriasis, include raised red patches of skin, covered with silvery white scaling, called plaques. Itch is also reported to be a common symptom of psoriasis. However, it can sometimes be underappreciated as it is not a visible indicator. Psoriasis is a chronic immune-mediated inflammatory […] 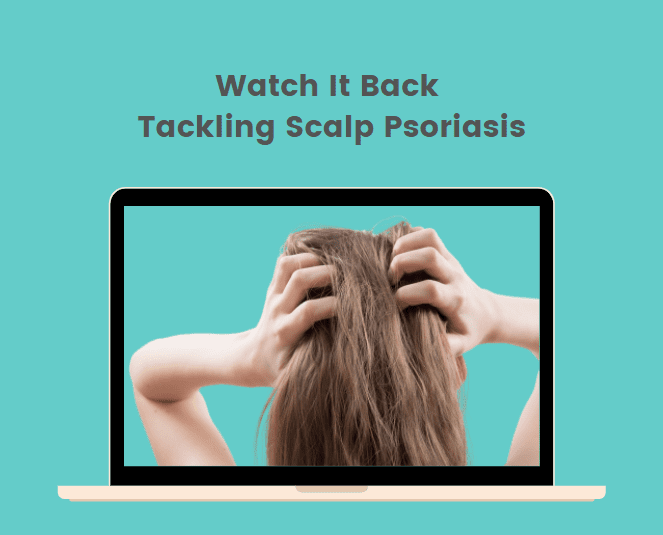 Did you miss our webinar on Tackling Scalp Psoriasis? No problem, watch it back in full below! Almost 80% of people with psoriasis will have scalp involvement at some point in their lives and  it’s not unusual for the scalp to be the first or only site to display psoriasis. In this SkinSideOut webinar our panel, Carmel […] 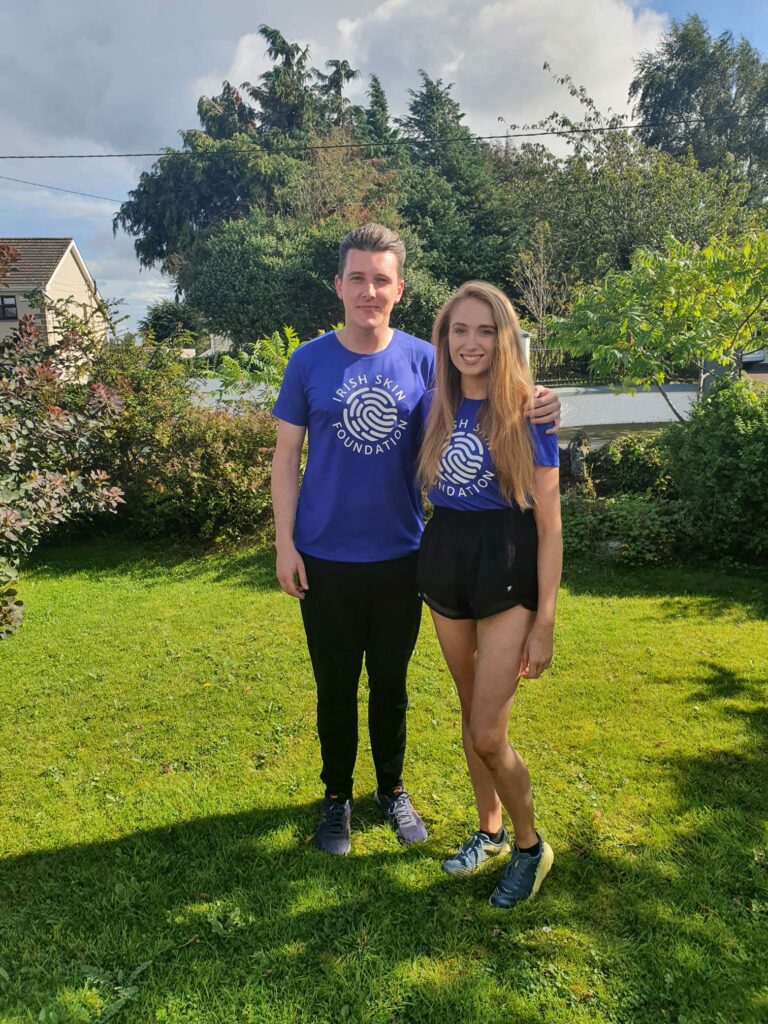 On Sunday, 19th September, Zoe Ryan, founder of the Itching To Tell You psoriasis platform, and friend, Christopher Turner, ran in the VHI Virtual Women’s Mini Marathon to raise funds for the ISF. The theme of this year’s race was #PowerOfMe, celebrating and recognising women across the country who are making a difference in their […]

RTÉ Interview on Living with Psoriasis 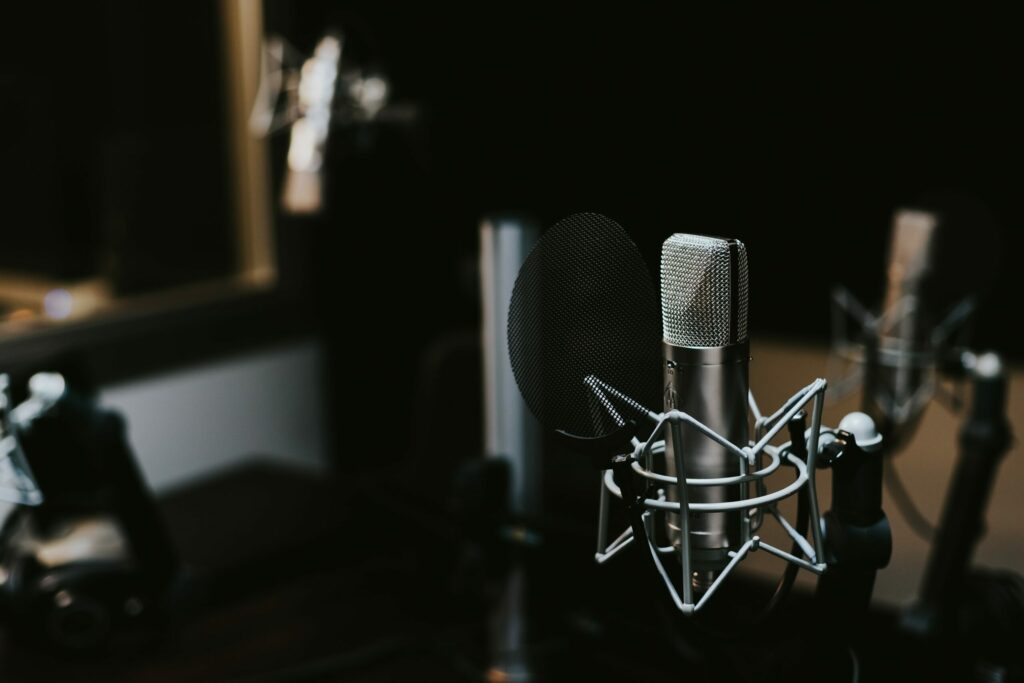 In the recording below, Irish broadcaster Zoe Ryan, who has lived with psoriasis since childhood, speaks with Oliver Callan about her journey to diagnosis and the effect psoriasis can have on mental health, quality of life and overall wellbeing.     For more information about psoriasis, visit our Psoriasis Section to download our booklet, What you need to […] 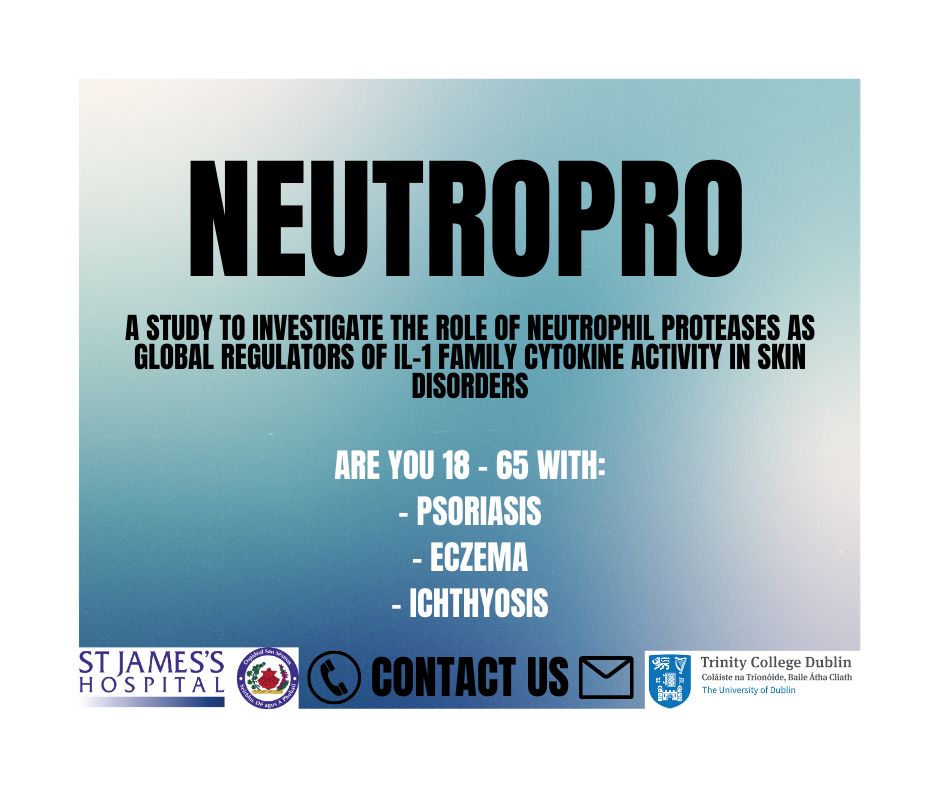 Are you aged 18-65 and living with psoriasis, eczema or ichthyosis vulgaris? You may be eligible to participate in a study to investigate the role of neutrophil proteases as global regulators of IL-1 family cytokine activity in skin disorders. NEUTROPRO Study The NEUTROPRO study is a research study being carried out by Professor Irvine (Dermatology […]

Psoriasis and Beyond Survey for Moderate-to-Severe Psoriasis 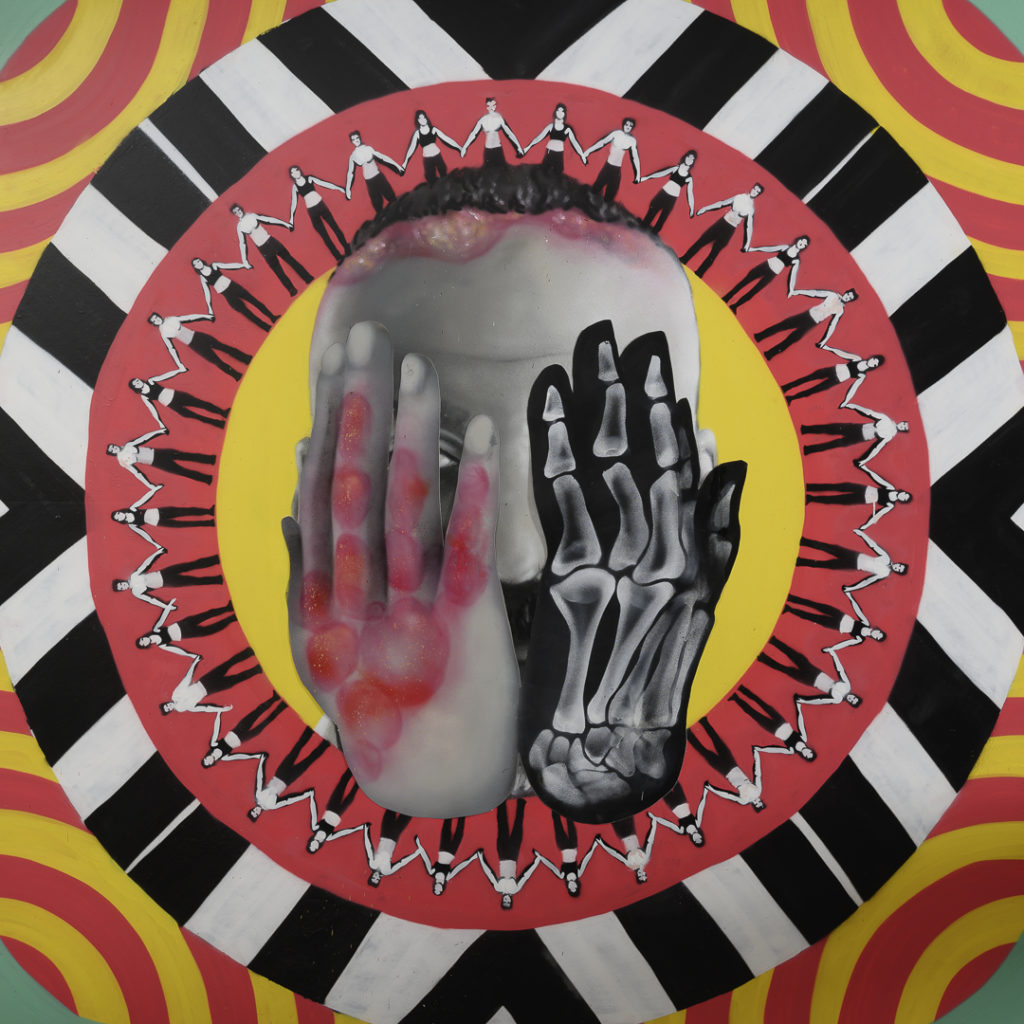 The Irish Skin Foundation are delighted to collaborate with the International Federation of Psoriasis Associations (IFPA) and Novartis on the launch of Psoriasis and Beyond: The Global Psoriatic Disease Survey, a research initiative to uncover what life is like for people living with moderate-to-severe psoriatic disease—psoriasis or psoriatic arthritis—around the world. The primary research objective […]

Each year on World Psoriasis Day (October 29th), the International Federation of Psoriasis Associations (IFPA) and its 56 national and regional psoriasis organisation members, join together to raise awareness of psoriasis, estimated to affect approximately 73,000 in Ireland. Theme October 2020 marks the second year of our three-year campaign: Connected, Informed, United. The theme for […] 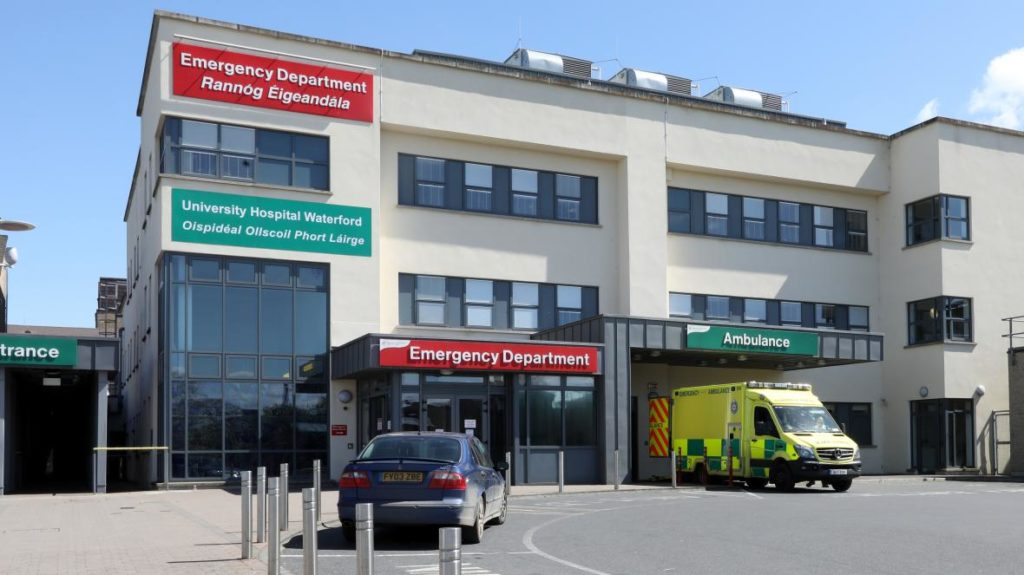 Fewer than one in five people with psoriasis in Ireland is aware of their increased risk of heart and bowel disease, according to a new study. The study, carried out at University Hospital Waterford, examined patient awareness of co-morbidities associated with psoriasis. What is psoriasis? Psoriasis is an inflammatory condition that causes red, dry, flaky […] 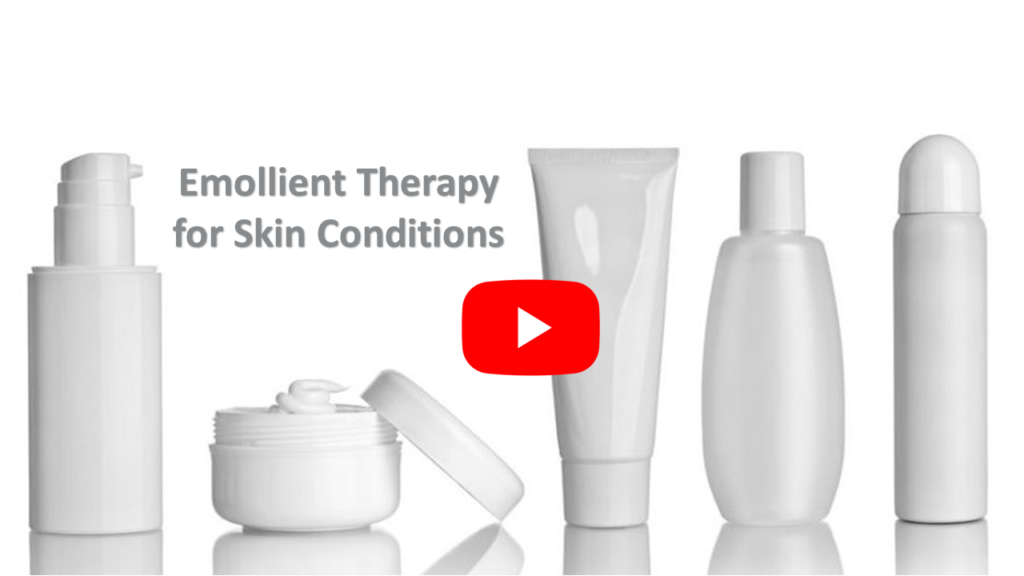 Emollient (moisturiser) therapy is often used to manage a number of skin conditions, such as eczema and psoriasis. However, with such a wide variety of emollients available on the market today, the ISF nurse team are often asked what products are the best fit for people who need to use emollients regularly. In this video, […]